Things I have Learned #3 - Coffee, Cake, Kids
Skip to content 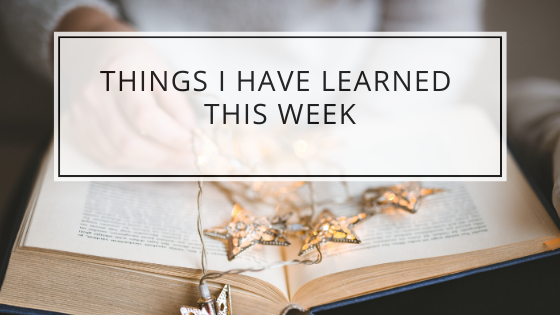 This week I actually feel like I have learned loads of stuff. I’ve been listening to a few podcasts, which are my new favourite things. I can have them on Alexa while working while feeding Elizabeth and while doing jobs around the house and there are so many available on Spotify on all sorts of topics. I’ve downloaded a shit tonne of Dan Snow (my new crush!) podcasts and have been devouring them at a rather alarming rate!

As well as listening to Dan Snow of the (many) Podcast series that I am listening to at the moment is one based around the Cherynobl disaster, and the TV series from last year. I’d always found it quite fascinating but that sparked a huge interest in it. I’ve even gone as far as trying to understand the chemical processes behind creating nuclear power. That, I’m afraid, is still well beyond me, but I’ve listened to and read so much about Soviet politics and society, as well as the impact that the disaster had and still has.

I’ve also discovered a new series on TV presented by Richard Hammond, called Big! It’s all about big structures and machinery. Now, this is one of the many things that both freaks me out and interests me at the same time. The thought of a huge space or a huge piece of machinery is enough to give me the heebie-jeebies, but I do have a ‘thing’ about them. The one I watched, which I think is the first in the series, was about the Volkswagen car plant in Germany. Enormous doesn’t even begin to cover the size of this factory. It was amazing to see how it works, with huge machinery with thousands of tonnes of pressure behind them to stamp out panels, and how they literally dip the cars in a base coat of paint. I had no idea that to paint a car, static electricity is used to ensure that there is a perfectly even coat!

What have you learned this week?