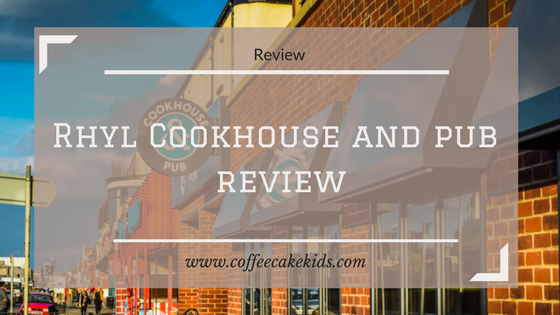 We live just outside of Rhyl, in North Wales, and over the past year or so have been watching a huge regeneration scheme taking place along the seafront. Buildings have been knocked down and new ones are going up, bringing a new lease of life to the town. This new look for the town is bringing lots of business as well, who can see the potential in the area. One of these is the Rhyl Cookhouse and Pub on the seafront, next to the brand new Premier Inn. It’s only been open a few weeks but there has been a real buzz about it. We were really pleased to be given the opportunity to go along and try out the restaurant. 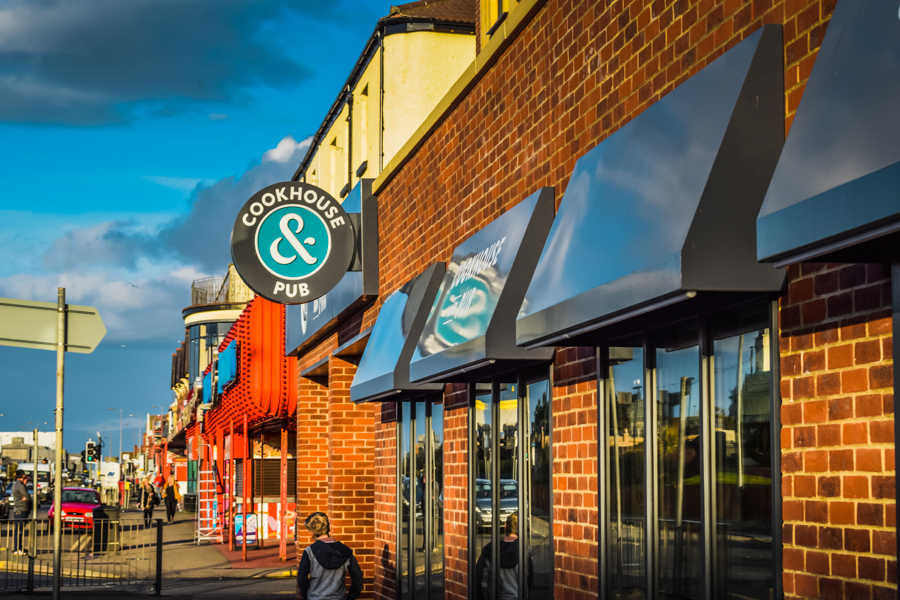 Our table was booked for 5.30pm on a Thursday evening and there was already a fair few people at tables. In fact, they were turning people away at the door because they were fully booked for a couple of hours – for a weekday evening, I think that’s a pretty good sign. We were shown to our table at the back of the restaurant, which is lovely and welcoming inside. The kitchen from where the starters and desserts come from is all open, and it looked spotless. Whilst we were waiting, the kids had crayons and activity sheets to keep them occupied, which is always a nice touch.

We each had a glass of Pepsi, and even when Harrison managed to knock it over almost immediately, the staff were nothing but attentive and helpful. Graham and I had a starter – he opted for the chicken liver pate, with fruit chutney and brown bloomer bread and butter, whilst I had the prawn cocktail, which also had bread and butter. We both really enjoyed the starters – mine was full of really plump and juicy prawns, and Graham had a decent wedge of pate. My only criticism was the butter was just slightly too hard to spread properly, but that really is nit-picking! 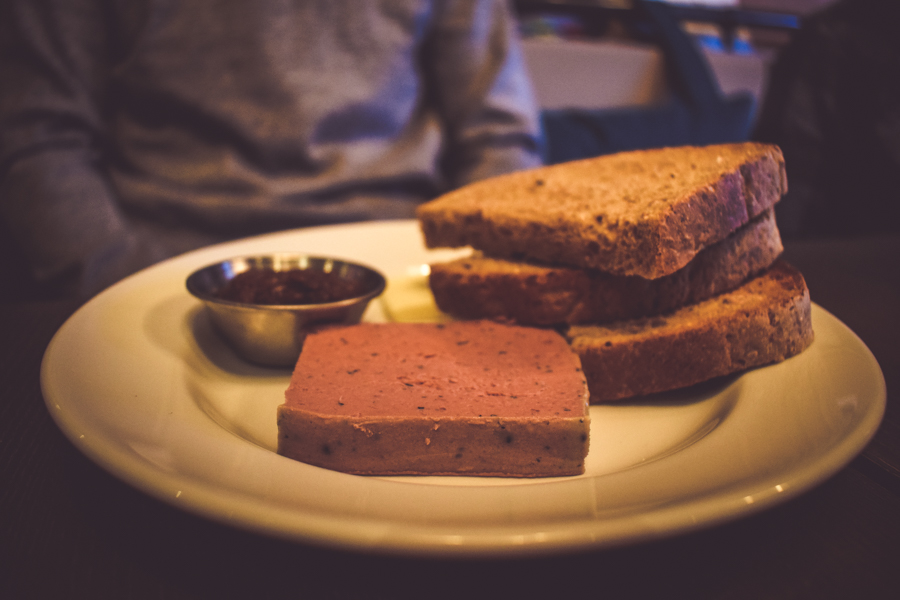 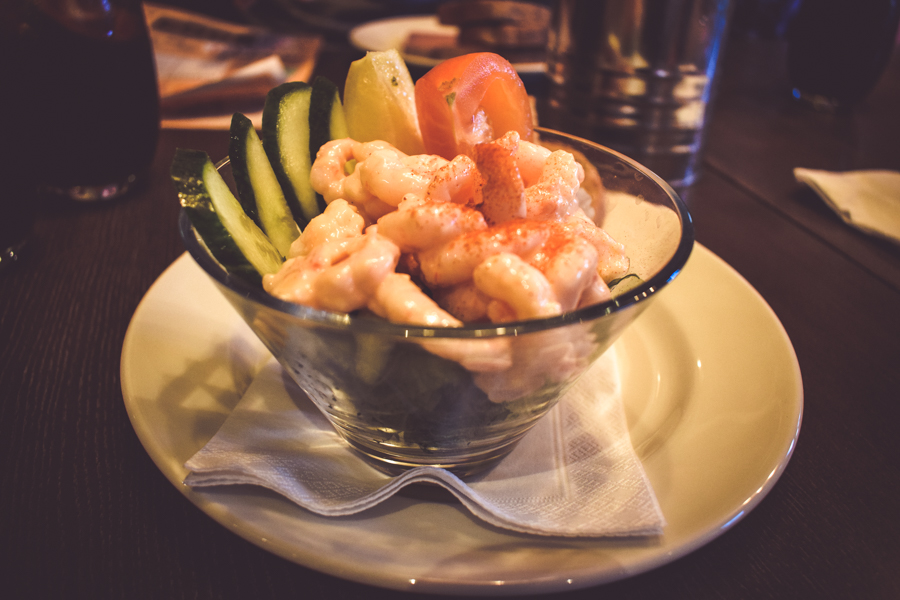 For the main course, I had the C&P Ultimate burger – two 4oz burgers, streaky bacon, cheese, aged cheese sauce, tobacco onions, pea shoots, fried mushrooms, baconnaise, topped with pickled cucumber. It came with fries and a very generous helping of coleslaw and it was gorgeous! 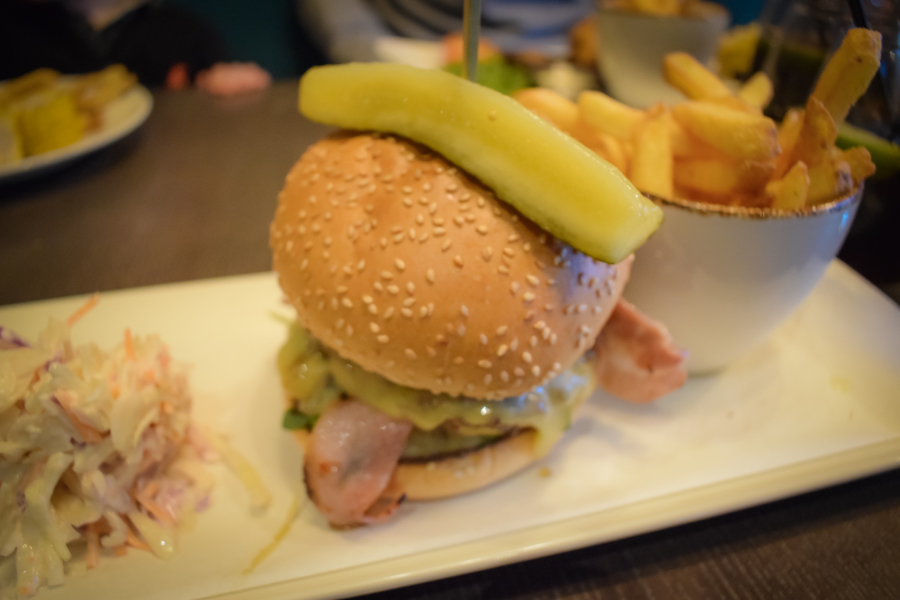 Graham went for one of the specials, which I *think* was a rib eye steak, with battered prawns, peas, mushrooms, tomato and fries. His steak was cooked exactly how he wanted it. I tried one of the prawns and it was gorgeous – really fat and juicy! 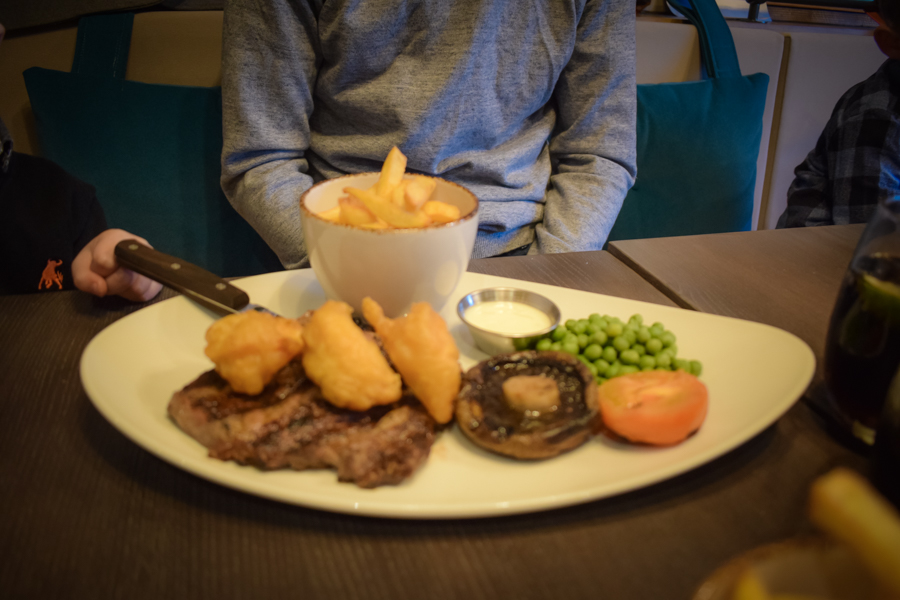 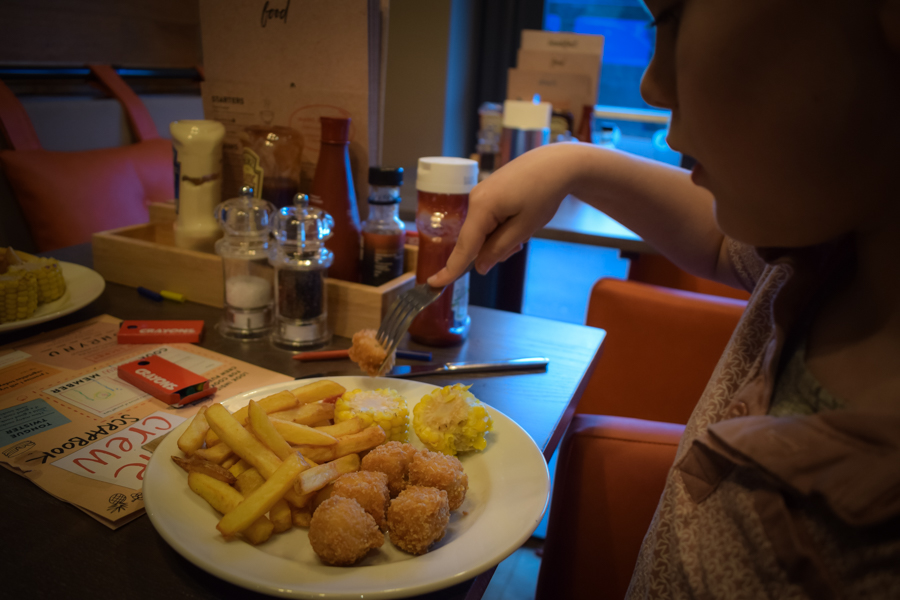 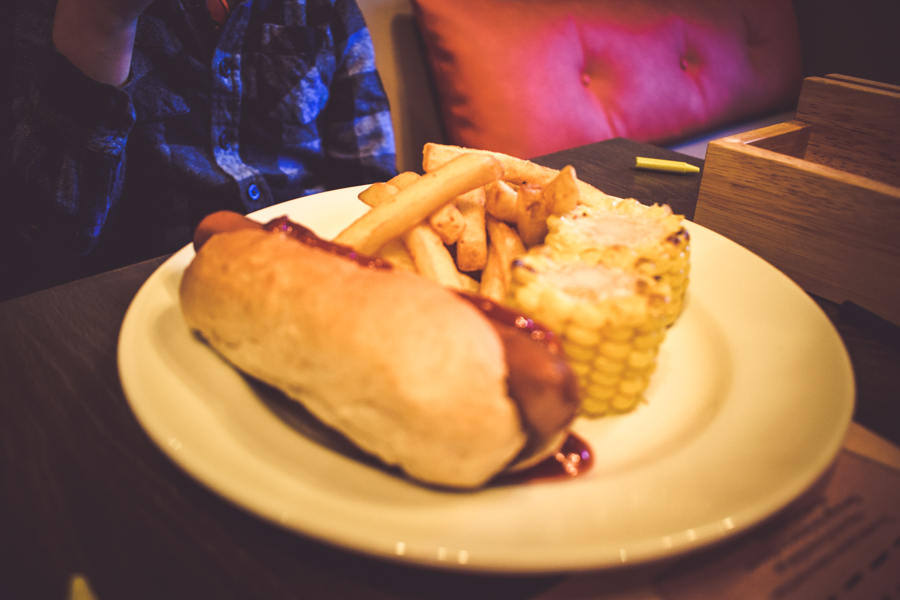 For dessert, the kids had the funny face sundaes – ice cream, a cone, strawberry laces, chocolate beans and marshmallows. They loved them!

I went for the apple crumble and custard, which didn’t disappoint. Well, that was until I saw Graham’s Mud Pie, which looked absolutely incredible. 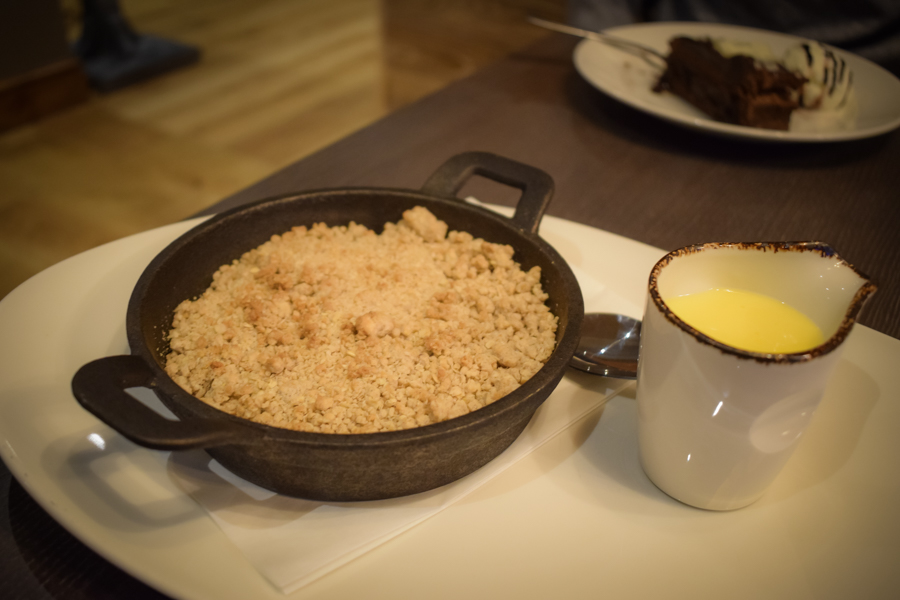 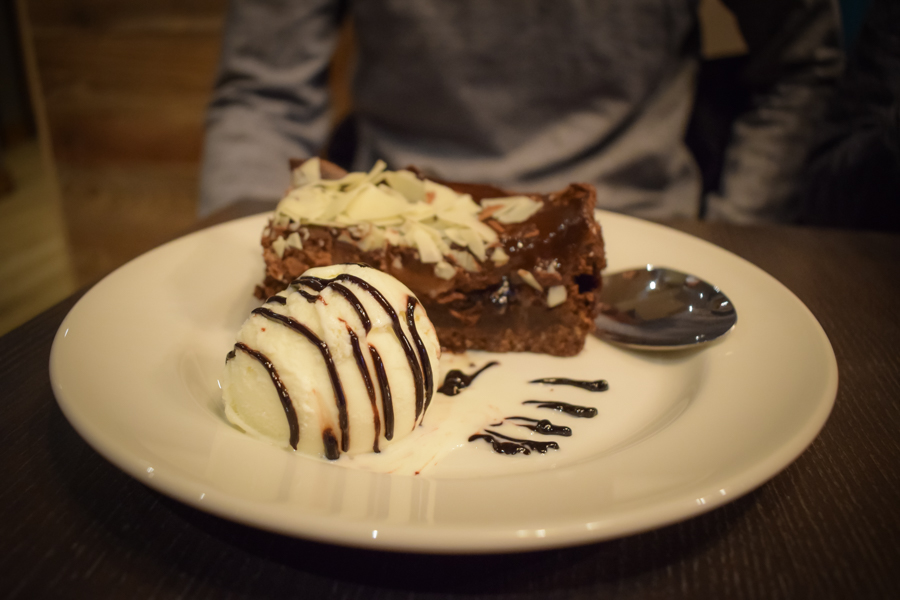 We finished off with another round of drinks – Pepsi for Graham, Alex and Ben, a pot of tea for Harrison (yes, my 6 year old ordered himself a pot of tea!) and a latte for me. The latte was a Costa one and was enormous!

We were really impressed with both the food and the level of service at the Rhyl Cookhouse and Pub. Nothing seemed like too much trouble at all for the guys serving us. The prices are more than reasonable, and we will be definitely be paying another visit soon.

*The Rhyl Cookhouse and Pub covered our costs for this meal for the purpose of this review. All opinions and words are our own.